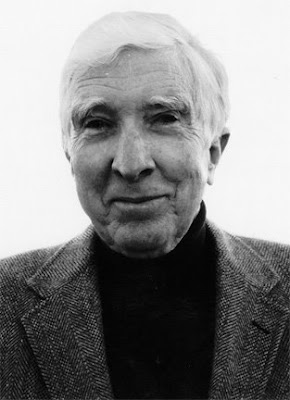 Raised in a semi-bookish household I was vaguely aware of John Updike (1932-2009) as a wunderkind of American letters long before I ever got around to reading him. As a snotty undergraduate in the early 1970s, knowing nothing more detailed about him than the lurid reputation he'd gained from the publication of Couples, I remember loftily disparaging him as a mere chronicler of suburban adultery. That was almost four decades ago: I began to discover, upon actually encountering his work in the short story collection Museums and Women, that he was a chronicler of genius, and I was subsequently to learn to my enduring sorrow that suburban adultery is a more piquant and, ah, fraught subject than I understood at twenty.

I wanted to write novels and stories myself, back in the day; a portion of talent and a vaster degree of discipline proved in the event to be wanting. It did not help that I'd accumulated some ruinous literary influences along the way--not themselves bad writers, but terrible mutagens, most of them, from the standpoint of a wannabee's embryonic DNA. Updike's influence was alone beneficent, and the only decent short story I ever wrote owed its closing cadences to a confluence of the final sentences of "The Taste of Metal" and "Your Lover Just Called" from Museums and Women:


He reached forward slowly, as underwater, and gently pulled the pencil from her hair. Rising with surprising speed she flowed into the embrace whispering indistinctly, please, please, eclipsed by kisses as he sought, still somewhat hesitantly, the softness of her small breasts. He wondered, as the narrow fissure of indecision closed, whether in the longer run of things he would credit this to volition or destiny, but in the longer run of things the distinction never matters; nor was it troubling him by the time there came again from the bedroom, in oddly muffled but imperative peals, the strident summons of the telephone.

From the late seventies forward I had a vague intention to drop a note to JU, merely a "well done." The notion flickered again early this year, but I imagined that I had another ten years at least to get around to it. As it turns out...not.

Tonight's assignment: read "The Happiest I've Been," which closes out Updike's first short story collection The Same Door.
Posted by Rand Careaga at 6:16 PM No comments: 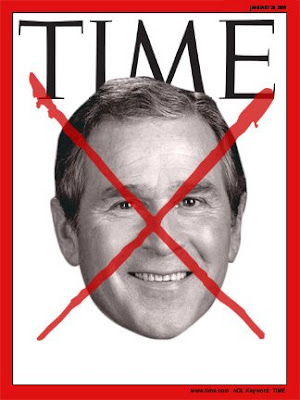 Posted by Rand Careaga at 6:01 PM No comments: